Editorial: What is BART trying to hide with obstruction of auditor? 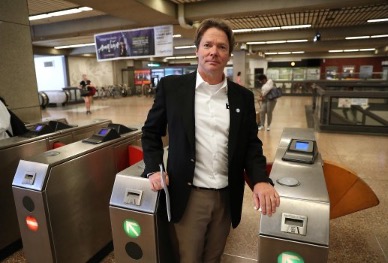 As an audit highlights a troubling conflict-of-interest case at BART, directors and management are stepping up their efforts to sabotage required oversight of the transit agency.

It has become clear that, if left on their own, BART officials will continue to block the district’s inspector general, Harriet Richardson, from carrying out the independent review mandated by Bay Area voters.

It’s time for the state Legislature to step in. It needs to send a clear signal that the transit agency cannot keep spending billions of taxpayer dollars while undermining meaningful oversight and thwarting the will of the electorate.

On Tuesday, the state Senate Transportation Committee will consider a bill by Sen. Steve Glazer, D-Orinda, that would clarify Richardson’s authority, making explicit that she has the same powers as independent auditors at other public agencies. Lawmakers should pass Senate Bill 1488.

But less than two years into the job, Richardson issued a report in 2021 describing a Trumpian “culture of suppression” in which transit agency directors and labor unions hindered her ability to conduct independent oversight.

She detailed how she had to haggle with board members over access to people and information. The obstruction, she wrote, “is not unlike the dismissal in 2020 of five federal inspectors general by the White House Administration for the direct interest of that administration.”

Despite the roadblocks, Richardson has persevered. Earlier this month she issued a report revealing that a BART manager failed to disclose her spouse’s employment at a major San Francisco construction company when she played a role in recommending board approval of a $40 million contract to that firm.

The investigation raises the possibility of a serious violation of the state’s conflict-of-interest law for public employees, a violation that could require voiding the contract. Richardson recommended the district seek outside expert opinion to determine if the law was violated, but BART General Manager Bob Powers rejected that idea.

It was typical BART nothing-to-see-here dismissal of criticism. As for Richardson’s investigation, it shows why her office is needed and prompts questions about what else Powers and his staff are trying to hide.

BART is an organization in which management and most directors have a fealty to labor unions that trumps concerns for riders or taxpayers. The transit agency has a history of broken promises to voters, excessive salary and benefit costs, and inappropriate use of taxpayer money for campaigns.

That’s why Glazer in 2018 insisted on an inspector general to oversee BART’s expenditures and operations.

At the time, Bay Area voters were being asked to approve bridge toll hikes to help fund transit agencies’ capital projects and operation expenses. The biggest beneficiary of capital money under Measure RM3 was BART, which will receive $1.1 billion, including $500 million for new cars and $375 million to help extend the system to San Jose.

To keep Glazer from opposing the measure, RM3 backers agreed to his demand that it include the BART oversight position. But the accompanying legislation establishing the inspector general didn’t fully anticipate the transit agency’s recalcitrance.

‘What are we afraid of?’

Now, four years later, Glazer‘s bill would spell out procedures to end BART’s obstruction. The legislation would provide the inspector general the independence to conduct its investigations in conformity with general accounting standards, to maintain records outside the district’s computer systems and to hire her own employees.

The bill would also give the inspector general access and authority to examine all records and to meet with employees or district contractors as necessary to complete an audit or investigation. And it would require the general manager to respond to all the inspector general’s findings and recommendations.

If this sounds straightforward, that’s because it is. The commonsense provisions of the bill, supported by the national Association of Local Government Auditors, were modeled after powers and authority granted auditors at Los Angeles Metro transit district, Caltrans and the state Auditor’s Office.

Powers and other BART officials, of course, are howling, nitpicking the bill with claims that SB 1488 is an overreach. By a 6-3 vote on Thursday, the transit district’s Board of Directors voted to oppose the bill without letting Richardson explain why the changes are needed.

To their credit, Directors Liz Ames, John McPartland and Debora Allen voted no.

“I think this is just more stalling of the inspector general’s work by the BART agency. What are we afraid of here?” Allen asked as she condemned the staff and board opposition to the bill.

“The taxpayers that now fund 90% of what the system spends and riders that fill in the rest both deserve to have confidence in the agency and how it spends $2.5 billion per year.”